Well, this is not your regular post that you will expect to read in nazablog but these lessons in this story of Jon Morrow may have more impact in your blogging journey, or any other career journey than any post you had read here before

I am usually not a fan of motivational and inspirational speakers but when I see a practical life that is full of impact, influence, positive vibes and results. I naturally get motivated and inspired.

Jon story is one of the most incredibly inspiring stories I have read in recent time.

He is one whose disability has taught him more lessons than any professor in the World.

At a very early stage stage in life. Little Jon was diagnosed of Spinal Muscular Atrophy (SMA), a particular form of muscular dystrophy. This meant that rather than getting stronger as he grew older, he got weaker.

But all thanks to his parents with the warrior spirits that never said die.

After the diagnosis, the doctor who had felt all knowing gave him only but two years to live. But Jon’s parents who had already seen their son live beyond that fought with all they got to see him survive and live a normal life

Above 30 years, Jon is still alive and kicking. This according to him is his greatest accomplishment on earth, being one of the oldest person alive with his health condition.

The fight, prayers and perseverance of Jon’s parents paid off as he grew past the deadline line given to them by the doctor though he battled Pneumonia for many times.

With all the ugly things Jon had been through, little did he know that he had to suffer another great pain that will take away the joy of free movement away from him in his entire life. Wonder why they say that it never rains but it pours

Jon was unfortunately hit by a car that reportedly broke over 56 bones in his body and this subjected him to a wheelchair after he recovered from the accident as his whole body was paralyzed save his face. Alas!

One may have confidently said that Jon was created for pains and sorrows but his subsequent actions would prove otherwise.

Yes, In this tough and hardest moment of his life, he discovered blogging. This was as result of constant researching,writing and networking with other bloggers.

And with the aid of a special voice recognition software that enabled him to dictate his writings, he launched his first blog.

It was a huge success as he got more than 2000 visitors on a daily count, he did not end there as he proceeded to create several other blogs which he sold for huge amount of money.

Jon Morrow was a prolific writer and blogger who was famous for creating viral posts.

He would later become an associate editor at CopyBlogger, one of the biggest blog in the blogging industry and has also guest written for Problogger

He continued in this business until he launched his great blog which actually brought me to know this living legend, Smartblogger formerly Boost Blog Traffic

THREE LESSONS FROM THE ABOVE STORY

The World Really Don’t Care About Your Stories of Woes

I have been on sick bed for 5 years now

I have been bedridden for more than 12 years now

I have started many businesses and failed

I have written many books that publishers keep rejecting

I have attended several interviews without success

I have tried blogging severally without positive results

I lost my both parents at a very tender age

There is nothing about these stories. They lack hope, inspiration and motivation. They hold nothing of substance and glory to cleave unto. They dish nothing of a particular interest to anybody

The world we live in is one that is deaf to stories like these stories above and when I try to think about why people don’t care about such stories. I’m often being reminded of this popular saying that goes

“The world is sad enough without your woes”.

This is to say that people are not interested in your stories of pain, discomfort, sorrows, etc. They have had enough themselves and don’t give a damn about your own.

People are too caught up with their own sad stories that yours means little or nothing to them. They are only interested when your stories have turned to glory, when you have proven to be impactul in life.

If Jon Morrow didn’t turn his lemon into a lemonade by not allowing his misfortunes take a better part of him. He would have just died like another piece of shit. No one would talk about him, I personally won’t write about him because I wouldn’t know him

Jon didn’t become popular because he had a muscular dystrophy or because he had a car accidents that condemned more than 56 bones in his body. No, he could have just died and went to hell for all the world cared.

But here is the twist, Morrow held back these stories of woes to himself and his family because he knew no one would care, went on to become one of the most popular blogger of the century. A blogger,coach and writer per excellence earning more than a $100,000 per month.

Now, this of Jon Morrow is the story that people are interested in and want to hear. It is the story of hope, one that carries powerful motivation, one that inspires and give one reasons to live and not just live but living to make a difference

The world won’t show you the pity you may want from them in that your ground state. Get excited and the world will celebrate you. Jon Morrow is living a life that is speaking volume of this

You have No excuse Not To Succeed

These and many more are excuses people mostly give for not achieving what they should have achieved. Surprisingly, they find comfort and safety behind these excuses while their lives waste away

Often times, we try so hard to hide in the cloak of excuses and self deceit. Sometimes, these excuses might sound heavy and cogent but truth is, there is nothing cogent or honourable about excuses. It is what we use to evade reality and truth.

There is no one who has climbed to a great height with complaints and excuses. This is because it gives you a feel good factor and an OK pat on the shoulder to remain unproductive for the rest of your life

Granted, you can be in such a tight corner facing a big challenge in life that will give you reasons to give up your dreams or pursuits. Yes, life can toss some heavy storms like that into your way and it is okay to complain and give excuses but after that what next?

Did you know that there is no man born of a woman who has no excuses? But fact is, the men who have made impact or are making impact are those who choose to ignore their excuses and face life head on

A huge percentage of people lieing on their sick bed today regret not the things they did but most things they couldn’t or didn’t do.

That business they didn’t try for just one more time. That book they either refused to write or complete. That story they so wanted to share through motion pictures but didn’t. That Cinderella or Prince Charming they would have fought a little more time to live happily ever after with but gave up. That blog they so wanted to launch some day but couldn’t

And so many likened regrets

Many of us might eventually end up like this but not the Jon Morrow. It beats me that Jon despite having all the heaviest excuses to give while he became a failure and couldn’t afford anything never gave even one.

He thought to himself that his health condition could not condition his future for him and he decided to take charge of it. He went on to become one of the most influential blogger with incredible results.

Wait, before you make light of this

Jon Morrow isn’t the normal-all-complete guy. He can’t move any part of his body save his face. Yesss, Only his face and that’s why he uses voice recognition technology

He could have like any other person become entirely dependent on his parents for his entire life but he didn’t.

I could just Imagine a scenario where a friend visits him (Imaginary Jon Morrow) in his wheelchair and while their discussion rolls out, he would say

“You know mate, I would have been a very successful blogger and entrepreneur if not for my condition”

” It’s alright buddy, life is tough and unfair, we all have dreams we will never achieve. Just be strong and keep living, it is the greatest gift you can ever ask for”

And at this, Jon would feel somehow safe because that’s what a cloak of excuses does

But real Jon Morrow never did any of this, that is why he is a great leader and coach in his field today. He went on and on for what he wanted and today, we all can see he how far he has gotten.

Be like Jon Morrow, Drop your excuses and go all the way for it. Start that blog today, start that business today, allow that relationship to work, attend the interview again, complete that book, go on and on and do that which you have always wanted to do, that which can be productive to you and others, that which your condition cannot limit you to reaching and you will ultimately be celebrated.

Make a Choice To Impact

Impacting lives is the best legacy any man can leave in the surface of the earth. A man of impact is one whose name have been written in rocks and in the heart of men

The prerequisite to an impactful life is not age, color, size, race, height, physical looks and conditions. It is a choice you make and go for it.

In your small circle, not withstanding the circumstance , you can still decide to impact

In wheelchair, he has achieved more than what some hundred men who are physically fit can never achieve in decades. He never allowed his disability and health conditions to come in the way of his pursuits to creating a mark in the blogging space.

Today, he has been read by millions of people (myself inclusive) as well as coached thousands of people. A peek at his blog or any of his posts will tell you the kind of person he is made of.

My own little confession. I said to myself if a man on wheelchair can create such influence and impact on people, then I am a total failure if I do not impact lives with my two strong feets in my own chosen area of life

Anyone who decides and remain commited to impacting lives, there is really no limit to what he can achieve.

There is no guarantee of a rosy life for any man anywhere. Life is hard, sometimes you gonna meet some mountains that seems too difficult to climb

But will our creator give us something beyond what has equipped us with? No, if you asked me.

We all have this warrior spirit in us, it is a question of whether we want to unleash or not.

When you think life has stripped you of everything and you can’t stand again. Think of the Legend, Jon Morrow.

Have you been inspired and motivated by this story, share to family and friends. This may be the only motivation that will get them up to their feets 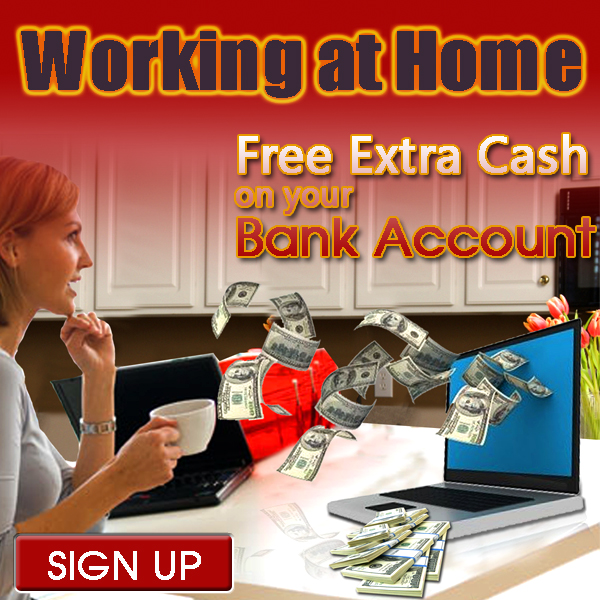 Hey there!  Love to build a set and forget system that keeps making you passive income non stop?